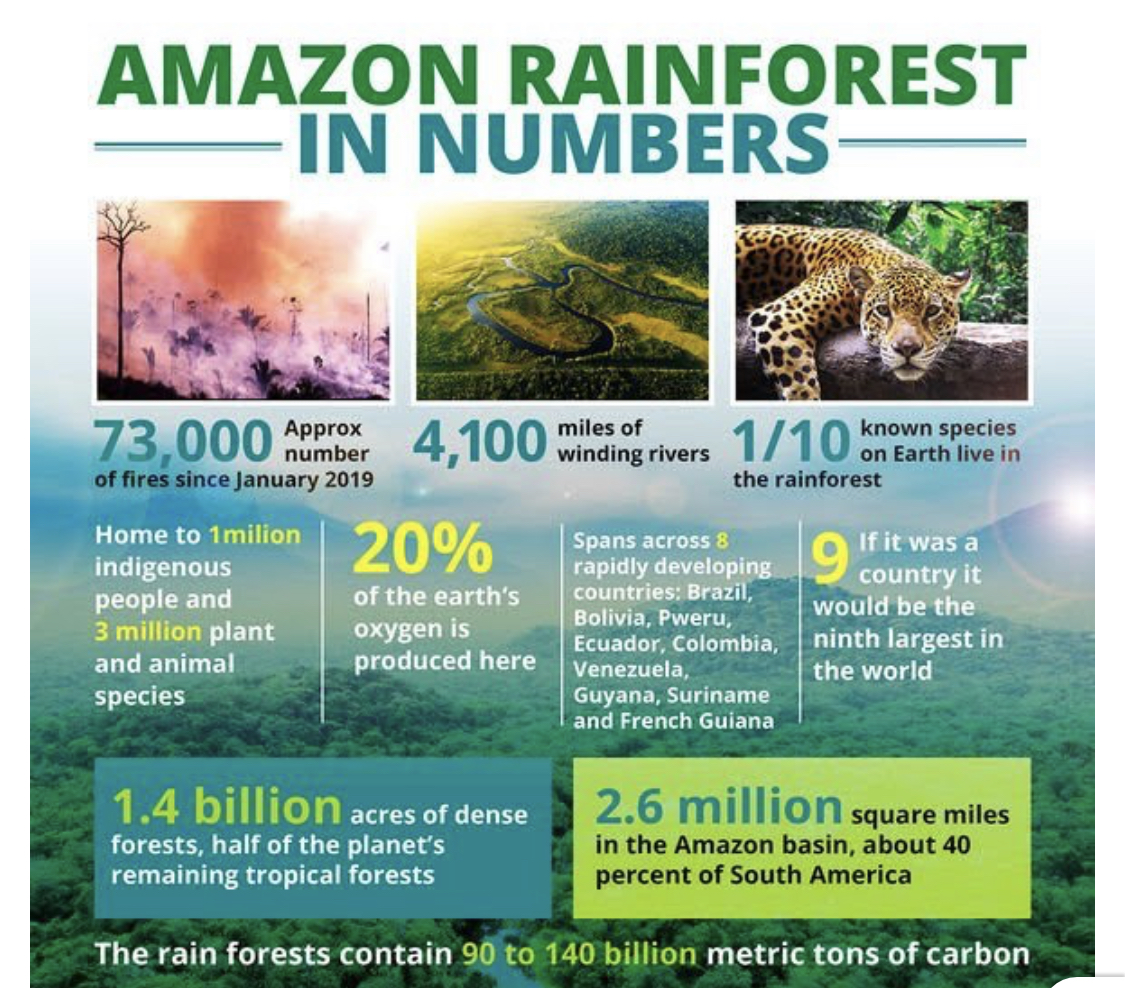 So incase you haven’t heard the amazon rainforest is on roll in a very bad and when i say this i maen it in a bad way it is on fire and it gives us 20% of the earths oxygen and here is the reason. cattle rancher burn the forest so there cattle graze and that is bad cuse we depend on it for oxygen.

Another reason it is our rain forests are in trouble is becuse big companies like Pepsico, Nestlé, etc etc for palm oil which they use to make candys dirinks and other commen items but they can use other things but use palm oil becuse it is the easiest to get.

These are the reasons why we need to protect the forest.

if you wan to read the full list of companies that have been linked to contributing to the deforastatoin of our rain forests, clck the link below.

Why should we care?