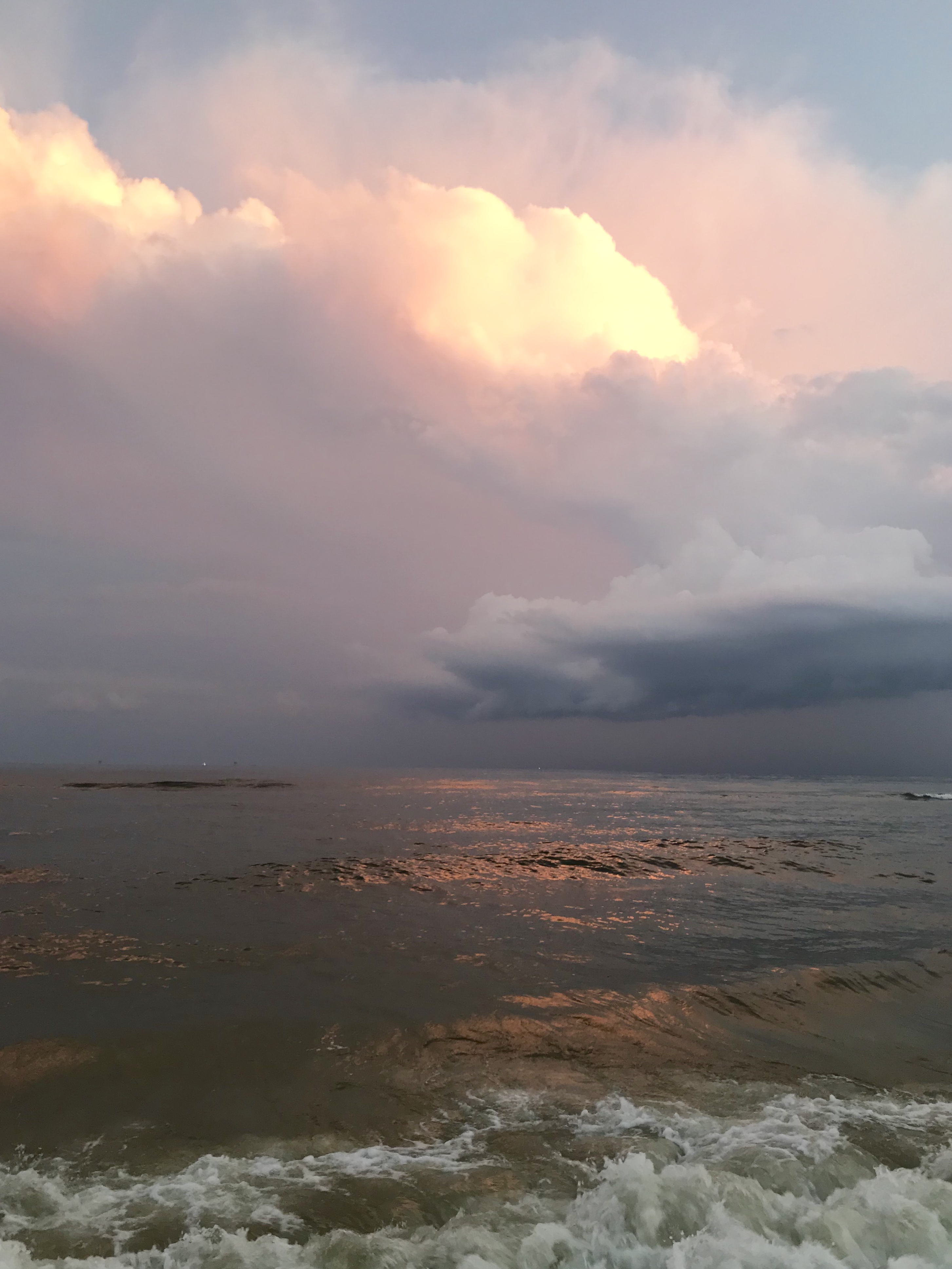 In easy terms, their mission is to teach and inspire others to take care of our oceans!

DISL has an Estuarium and offers scientific training, college classes during the summer as well as different summer camps for kids of all ages!

DISL are the headquarters of the Alabama Marine Mammal Stranding Network.

I’ve been at Dauphin Island Sea Lab for about a week now and I’ve already done so many neat things. This is my second summer taking classes through my home college, Auburn University, for credit towards my marine biology degree. They’ve given me so much field experience and knowledge about marine life that I will definitely use later in my career.

One of the courses I’m taking is Coastal Wetlands Ecology, which is the study of the biology, chemistry, and hydrology of the wetlands of our planet!

Did you know that wetlands aren’t just freshwater like what we know as swamps and bogs?

There are many wetlands that have salt water, too, like the salt marshes and estuaries around Dauphin Island!

Did you know that estuaries are nurseries for thousands of baby marine animals?

We took a day trip to the Grand Bay National Refuge right outside Pascagoula, Mississippi where there are some of the most extensive and diverse salt marshes in the country!

Photo of a salt marsh at Grand Bay National Refuge

Outside of the Coastal Resource Center at Grand Bay, we saw dozens of marsh plants, fiddler crabs, fish, shrimp, flowers, and carnivorous plants, like the sundews I photographed!

Sundews are a small carnivorous plant of boggy places, with rosettes of leaves that bear sticky glandular hairs. These trap insects, which are then digested.

Sundews have sticky residue on their leaves to catch tiny bugs to eat.

The Grand Bay National Refuge is also home to a now rare type of habitat: the longleaf pine forest. It’s almost completely gone in the southeastern part of the country because it was harvested for human development and it needs fires to keep it healthy, which haven’t happened naturally for a very long time. The fires actually burn the grasses surrounding the longleaf pines in the forest to prevent overcrowding and to promote a healthy ecosystem. The forest management at Grand Bay is scheduling burns in the forest to try and bring back this rare habitat so that it can someday be back to what it once was!

It’s important to note the negative impact that humans have are not solely on the oceans and other well-known ecosystems, but also on the lesser-known ecosystems like the longleaf pine.

The other course I’m taking is Marine Ecology, which not only looks at our wetlands, but everything else about the ocean that we know and love! We learn the interaction between organisms and their environments in the deep ocean, coral reefs, seas, open ocean, polar seas, etc.

Anything that happens to do with the marine environment, we study in this class!

So far, we have done experiments looking at the settlement of larvae of different animals and how this is affected by currents and the tides and on predation of hermit crabs. It’s important to understand the interactions between organisms when they are threatened by climate change so that we can create recovery plans, which consist of all the information known about that specific organism, it’s environment, the threats it faces, and what we can do to help!

It’s amazing what just washes up on the shore!

Found this one all by itself.

That’s all for Week One! Thanks for reading and tune in next week for Week Two of My Adventures at Dauphin Island Sea Lab!