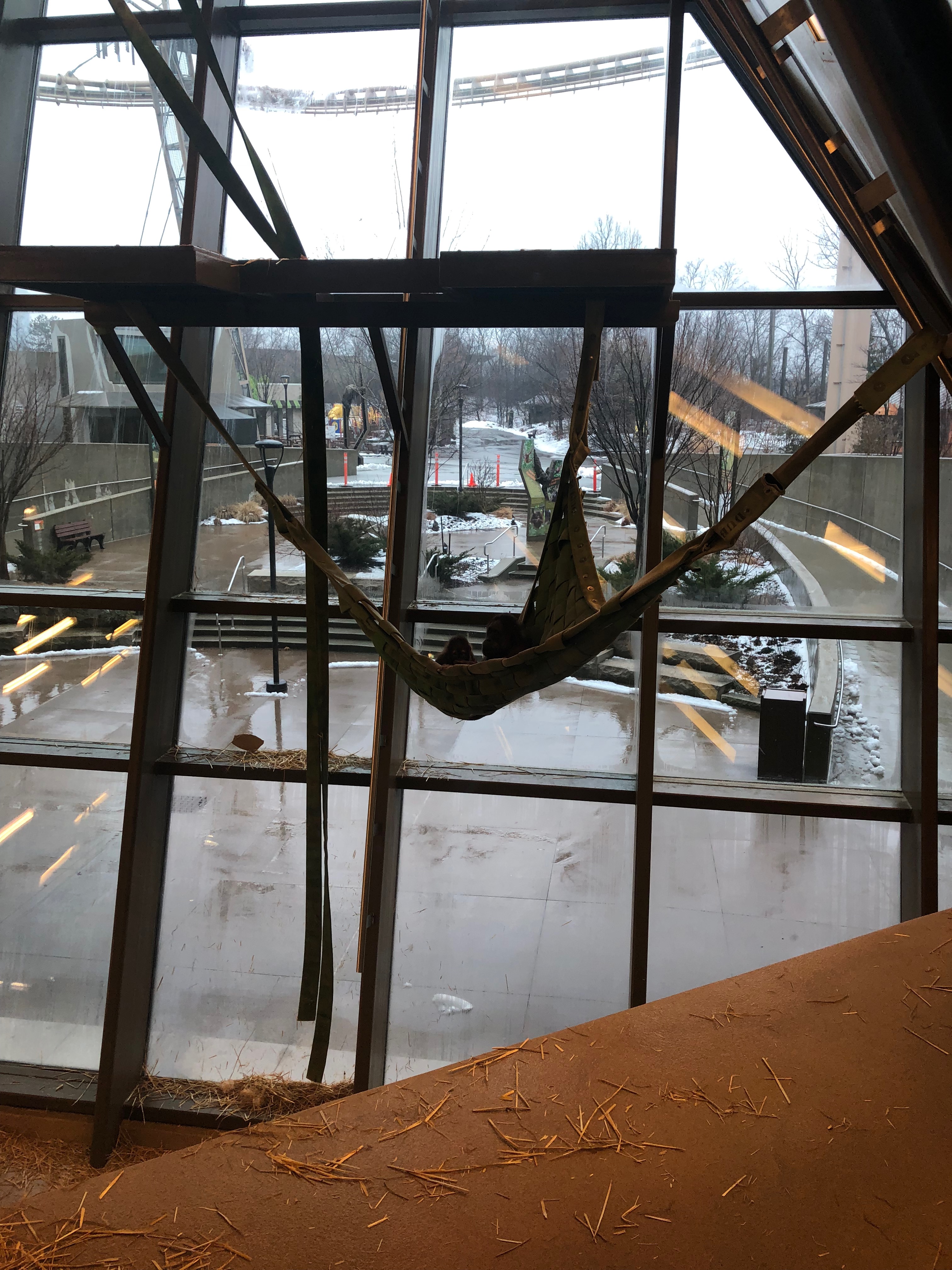 Q: What did you do today?

A: I went to an animal conservation center and learned about animals.

I wanted to take notes so I asked my mom if I could bring a notebook.  She said yes and got one for me.

When I got to the class I sat down next to a girl who drew 2 hearts in my notebook. She said,  “a heart is the first shape I learned to draw; drawing hearts is a way to express your feelings”.

Q: Why did you want to go to this class?

A: To learn more about endangered species and how to help them. I really want to help save animals. I

have some bracelets and necklaces that I am trying to get donations for. Then I will send in the money to places that help endangered animals.

Q: Did you learn about any specific types of animals?

A: I learned about the macaw, the red panda, African elephants and gorillas.

Q: Was the class about all animals or only endangered ones?

A: The class was not entirely about animals that are endangered species. One of the tour guides taught

me and the others in the group about an ivory nut. It is a nut good for carving just like an elephant tusk. She gave out slices of the ivory nut at the end of the tour and she said that we could write on them. We could also choose between one with a hole or one without a hole that we could turn into a magnet.

The seeds (tagua nuts) are used in place of ivory so that elephants, walruses and whales do not have to be put at risk.

Tagua nuts are hard and dense and can be carved and polished just like a tusk into detailed carvings, art pieces, billiard balls, buttons, dice and chess pieces.

Q: Did you go outside at all?

A: Yes we went outside to visit a tiger exhibit and in the exhibit the tiger was playing with a pine tree.

There were gorillas but they weren’t very active.  Someone was poking the glass, but they should not have been doing that, because it annoys the gorillas.

I saw a yellow non-venomous snake along with several venomous ones.

I got to see a turtle that I got to touch. I used 2 fingers to touch the shell. It felt hard and smooth. The tour guide said “don’t touch the feet or the head”.

Q: What did the tour guide talk about?

A: She talked about the macaw.  It lives about 70 years.  They are endangered because people

keep them as pets because of their colorful feathers and they copy words that people say.

There were about 10 macaws inside the building that were yellow, blue and green, but none of them were talking. They were pecking at pieces of newspaper and cardboard. The tour guide said, “Macaws like to rip and tear at anything they can.”

Q: Did you look at anything in the classroom?

A: We saw bones of animals that lived.  There was an eagle skull, elephant tusk, a ferret skull and

Q: How many people were in the class?

A: There were eight people if you included the tour guide.

Q: Why do you think it is important to learn more about endangered animals?

A: Because then you know how they act so you know where to find them and how you can care for

them. Otherwise you have to guess how to care for them.

Q: Do you think they need our care?

A: Yes, they do need our care, because they are endangered.

She taught us to remember HIPPO

Q: What is an animal that you want to help the most?

Q: Do you think the zoo helps endangered animals?

A: Yes but one problem zoo keepers come across, is animals in zoos behave differently than in the

wild. For example, zoo keepers feed the animals, and the animals don’t know how to hunt so they can’t be released back into the wild.

Q: What would you like to be some day?

A: I think I would like to be a conservationist or a veterinarian.

At the end the tour guide said that I could keep the papers that she used in class for the slide show because she could see that I was very interested in endangered animals.

She also used information from one of the books written by herpetologist Russell A Mittermeier Ph. D.

In the paperwork it says that Indianapolis Zoological Society participates in the SSP’s (Species Survival Plan Program). Currently there are 320 SSP’s and the Indianapolis Zoo’s participation is 30 in the categories of endangered, threatened or recovery.

Q: Do you feel that you accomplished the goal to learn how to help endangered animals?

A: I did learn some new things, but there is MUCH more to learn about endangered species and   animals.